I am privileged to teach at a Seminary that is associated with a liberal arts college. I have wonderful faculty colleagues at both institutions.

Northeastern Seminary is on the campus of Roberts Wesleyan College (in Rochester, NY) and while they are formally separate institutions, there is much practical overlap and collaboration between both the institutions and the faculty.

Of late, there have been joint meetings of the Seminary faculty with the faculty of the Department of Religion and Philosophy at the College. And, although faculty members find their home primarily in either the Seminary or the College, some of us teach in both institutions.

Here I want to highlight some of my faculty colleagues (in both institutions) who are presenting papers at the 2020 annual meeting of the Society of Biblical Literature, which is being held virtually this year (the first time in this format since I began attending in 1991).

My colleague in New Testament, Fredrick David Carr, will present his paper on December 8 in a session on Healthcare and Disability in the Ancient World.

David’s paper, called “Experiencing Changes and Changing Experiences: Pauline Transformation and Altered Sensory Capacities,” addresses the apostle Paul’s account in Philippians 3:1–11 of how his sense of identity changed after he was confronted by Christ (which moved him from being a persecutor of the church to the status of apostle).

In his paper, David examines the changes experienced by those who receive cochlear implants, including new relationships and a different sense of selfhood, to “shed light onto the experiential and subjective dimensions of the transformations that Paul describes in Philippians 3,” including his sense that what he previously viewed as “gain” is now counted as “loss.”

My colleague in Old Testament, Kristin Helms, will present her paper on December 10 in a session on the Literature and History of the Persian Period.

Kristin’s paper, called “The Roaming Eyes of Yahweh in Zech 4:10b and the Context of Persian Religions,” examines the background of the strange image in Zechariah’s fifth vision of a lampstand, which is identified with the “eyes of YHWH” roaming through the earth.

In her paper, Kristin examines competing suggestions for where Zechariah got his image, and ends up suggesting that it is drawn not only from the network of persons in ancient Persia known as “the eyes and ears of the king” (suggested by some scholars), but also from the portrayal of Mithra in Persian religion, who is “associated with fire, light, and eyes that roam throughout the earth for the sake of seeking out injustice.” She apples this background to Zechariah 4:10b, suggesting that the text uses this imagery “to encourage the people that YHWH, the Emperor of the cosmos and maintainer of justice, is at work to bring about a hopeful, purified future.”

My colleague in Old Testament, Josef Sykora, presented his paper on December 2 in a session on Intertextuality and the Hebrew Bible.

Josef’s paper, called “A Different Kind of Crusade: Jesus’s Commissioning of His Disciples in Luke 10:1–24 as Reworking the Rules for Warfare in Deuteronomy 20:10–14,” examines the parallels and divergences between the texts in Deuteronomy 20 and Luke 10, to see if it is plausible that Jesus is intentionally drawing on the ancient rules of warfare.

He insightfully demonstrates that both Deuteronomy and Luke give similar instructions to those who are sent out, including an offer of peace to those they encounter and two possible outcomes depending on the responses of those they meet. Yet while Luke’s Gospel presents a battle with the powers of evil and the disciples are parallel to Israel’s soldiers, the texts diverge in that in Luke it is God and not the disciples who bring judgment.

My Own Paper Presented on December 1

Although I was scheduled to give a paper at SBL in a session on the Theology of the Hebrew Scriptures, the organizers decided to postpone the session until next year, when (hopefully) the SBL will meet in person (in San Antonio, TX).

However, I did present in the Institute for Biblical Research (an affiliated organization, which meets under the umbrella of the SBL), in a session on The Relationship between the New Testament and the Old Testament.

My paper, initially called “Herod as Pharaoh and Nebuchadnezzar: A ‘Political’ Reading of the Prophets in Matthew’s Infancy Narrative,” examined the way that Matthew’s Gospel cited Old Testament texts from the Prophetic books to address the political situation at the time of Jesus’s birth. The actual paper I gave had a slightly different title from what was listed in the program, since I adapted it to the timeframe I had for presentation.

The paper I presented was called “Herod as Pharaoh? Jesus as David? Matthew’s ‘Political’ Reading of the Prophets in the Infancy Narratives” (click here for the paper). I suggested that when we read Matthew 1–2 as a “feel good” story for the Christmas season, we miss the astute sociopolitical critique of the Jerusalem power structure that Matthew intended by his use of quotations from Hosea 11:1 and Micah 5:2 (with a line from 2 Samuel 5:2 spliced in). There is nothing sentimental about Matthew’s portrayal of the newly born king of the Jews, who would be a very different sort of leader not only from Herod, but also from David of old.

My Upcoming Presentation on December 7

I also have a short presentation coming up on December 7 (tomorrow) in a session on Science, Technology, and Religion at the American Academy of Religion (which meets in conjunction with the SBL).

Everyone who contributed a chapter in this book was invited to give a brief presentation on their chapter. Of the many who contributed chapters, eight of us, along with the editor, agreed.

As part of this session, I will give a short explanation of my chapter, called “The Genesis Creation Accounts.”

I recently wrote a blog post (here) on the book and my article.

If you are registered for the AAR-SBL annual meeting, you are invited to attend any of these session that interest you.

The Jamaica theology conference that I’ve been helping to plan is coming up in just four weeks. It will be held on the campus of my alma mater, the Jamaica Theological Seminary (JTS). 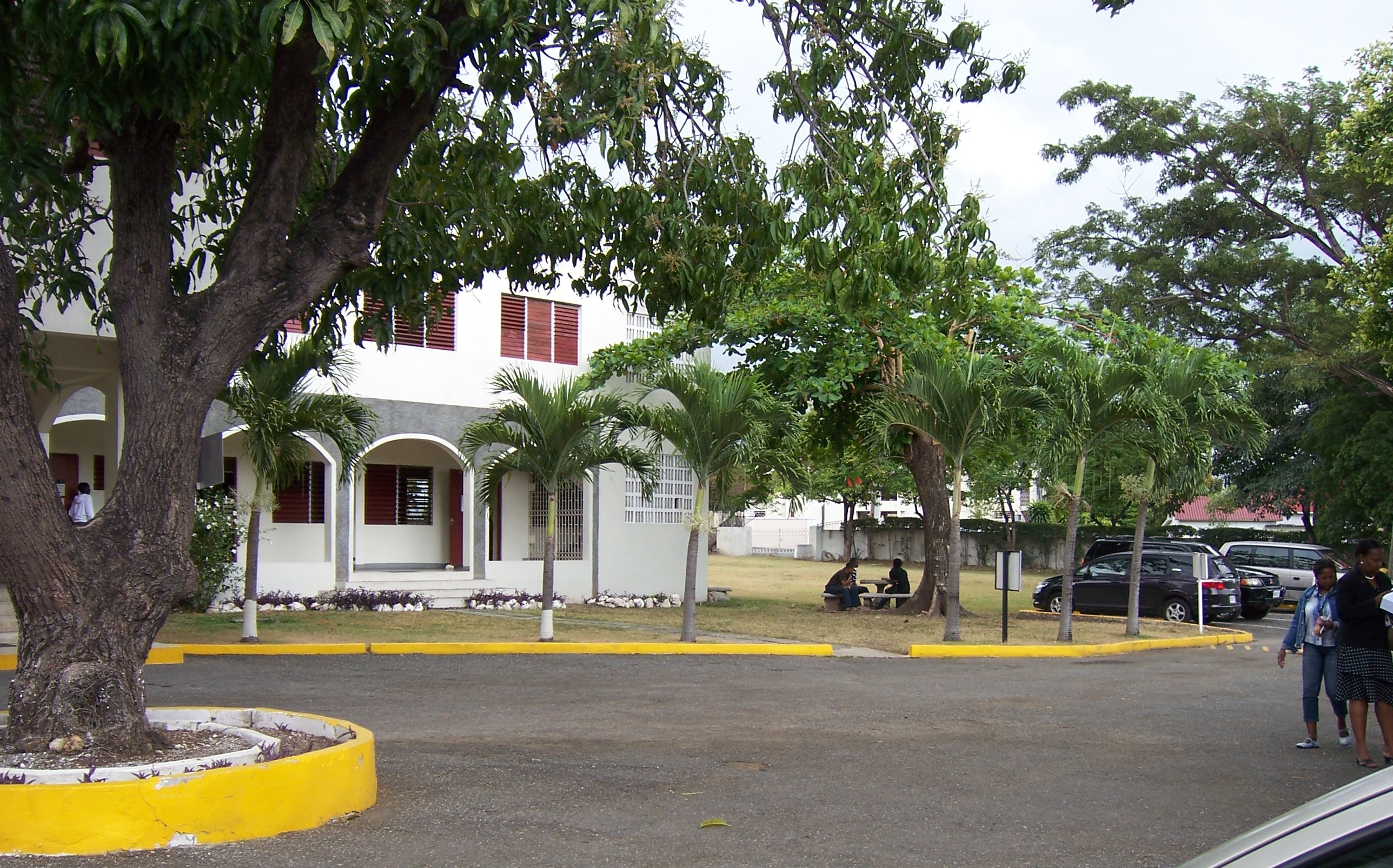 Various details about the conference are now finalized. You can download a one-page conference flyer here.

The keynote speaker had already been announced. He is Dr. Steed Davidson, Associate Professor of Hebrew Bible / Old Testament at McCormick Theological Seminary in Chicago.

Dr. Davidson will give the sixth annual Zenas Gerig Memorial Lecture. This lecture will not be just for the conference; it will be a public lecture available to the entire community.

Dr. Zenas Gerig was the founder of JTS (in 1960), and its first Principal (he later became the first President). I got to know him when I attended JTS in the seventies; he taught the first formal Bible courses I took at JTS (on the Pentateuch and the Historical Books).

Dr. Gerig was an amazing man who had a significant impact on the church and on theological education both in Jamaica and in the rest of the Caribbean. Not only was he a prime mover behind the Caribbean Evangelical Theological Association, but he founded the Caribbean Graduate School of Theology (CGST) in Kingston in 1986.

Dr. Gerig passed away September 14, 2011 and I had the privilege of delivering the first Zenas Gerig Memorial Lecture in September 2012 (my topic was Abraham’s test in Genesis 22, and that presentation has since become a central component in a new book I am working on).

Dr. Davidson’s lecture will be on Friday night, September 8. It is entitled “The Hazards and Opportunities of Sola Scriptura for Caribbean Biblical Interpretation.” Dr. Garnett Roper, current President of JTS, will present a formal response. 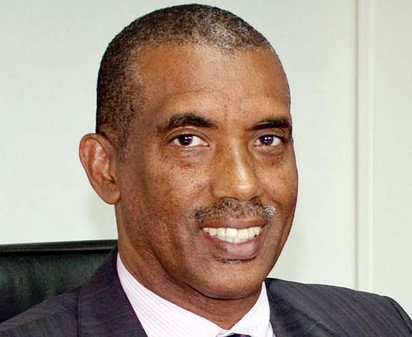 You can download information about the keynote lecture, including bios of Dr. Davidson and Dr. Roper, here.

After the keynote lecture on Friday night, the conference proper starts on Saturday (September 9), with a variety of paper presentations on topics related to the conference theme, “Biblical Interpretation for Caribbean Renewal.”

We have papers lined up from various theological disciplines and perspectives. Some presenters are coming from the US and Canada, though most are currently living in Jamaica, including professors at Jamaica Theological Seminary and the Caribbean Graduate School of Theology. I will be giving a paper myself, as will Dr. Eric Flett, who was the Zenas Gerig Memorial Lecturer in 2015.

The following paper titles indicate the diversity of topics to be discussed:

You can download a tentative conference schedule for Friday and Saturday, showing when the various papers will be presented.

And you can download a full list of presenters, paper titles, and abstracts of all the papers here.

Registration is very inexpensive and can be done online on the conference page at the Jamaica Theological Seminary website. Discounted registration is available up to August 15.

Questions about registration can be directed to Dr. Winston Thompson, Vice-president of JTS.

The theology conference is sponsored by the Jamaica Theological Seminary and will be held on their campus, at 14-16 West Ave., Kingston 8, Jamaica, W.I..

The conference is co-sponsored by the Caribbean Graduate School of Theology and the United Theological College of the West Indies.

Maybe I will see you in Jamaica!

The Jamaica theology conference that I’ve been helping to plan is coming up in just over a month (I had posted a final Call for papers a while back).

Dr. Davidson, who is originally from Tobago, will kick off the conference with a programmatic lecture on Friday evening (September 8) entitled “The Hazards and Opportunities of Sola Scriptura for Caribbean Biblical Interpretation.” Then on Saturday (September 9) there will be papers on a variety of topics related to the conference theme: “Biblical Interpretation for Caribbean Renewal.”

We have papers lined up from a variety of theological disciplines and perspectives, especially focused on the Bible and Caribbean renewal. Here are some of the paper titles:

You may register on the conference page at the Jamaica Theological Seminary website by clicking on the form at the bottom of the page (discounted registration is available up to August 15). Questions about registration can be directed to Dr. Winston Thompson, Vice-president of JTS. The registration page will be updated with detailed information about the conference schedule as soon as it is available.

You can find my report on the conference here.

The theology conference is sponsored by the Jamaica Theological Seminary and will be held on their campus, at 14-20 West Ave., Kingston 8, Jamaica, W.I..

The conference is co-sponsored by the Caribbean Graduate School of Theology and the United Theological College of the West Indies.